How are socio-demographic and psycho-social factors associated with the prevalence and chronicity of severe pain in 14 different body sites? A cross-sectional population-based survey | springermedizin.at Skip to main content
SUCHE MENÜ 1 2 3 4

Severe pain and chronic pain have a high impact on individuals and society. Body location of pain is important with regard to perception, articulation, and underlying biological, mental or social causes of pain.

A cross-sectional survey was performed in the general Austrian population with 15,474 personally interviewed subjects aged 15 years and older.

Psychosocial factors are associated with pain presence in similar ways irrespective of location. Regarding socio-demographic factors, differences towards the magnitude and the direction in the association with pain frequency and chronicity in different body sites emerged.

Pain, especially chronic pain, represents a major public health problem [1, 2] and a frequent reason for health care consultation [3‐5] in the adult population. Pain is associated with limited functional capacity [2, 5, 6] and with impaired quality of life [2, 7‐9]. Furthermore, pain is associated with high societal costs, both direct and indirect [10, 11]. High levels of loss of productivity [1, 12], sickness absences [13, 14], and disability pension [2, 13, 15, 16] are the main underlying reasons for the indirect costs.
The prevalence of pain is associated with socio-demographic and socio-economic factors. Female sex is commonly reported to be a risk factor for pain [1, 17, 18]; this is especially pronounced regarding headache [19]. Prevalence of pain increases with increasing age [1, 20]. Furthermore, low socio-economic status measured by education, income, and type of profession is significantly associated with the prevalence of pain [1, 20‐23]. Pain is also associated with a variety of psycho-social factors like anxiety and depression [24‐29], distress, low social support, or low quality of life [28, 30].
Anzeige
Most studies focussing on social factors related to pain either do not differentiate between pain in different body sites [1, 3, 6, 14, 16, 20, 21, 25‐27, 31], or focus narrowly on pain in one specific area like back pain [11, 15, 30, 32, 33], low back pain [7, 10], headache [9, 19, 22], on pain due to a specific underlying pathogenesis [4, 8], a specific disease like migraine [28, 29], or osteoarthritis [5].
Still, location of pain matters in different ways. First, it is particularly the spreading and location of pain that patients perceive and therefore report in clinical settings. The underlying biological causes of pain might often be different in different body sites. Biological factors involved in pain perception have been shown to vary considerably according to different body locations [34]. However, the perception of pain and the development of chronic pain do not depend on biological factors only; here psycho-social and socio-economic factors contribute to a notable extent [30, 35, 36]. Pain, and especially chronic pain, is therefore often not only regarded as a symptom of an underlying disease, but also as a disease entity per se [37]. Nevertheless, to date there is limited scientific knowledge on whether the strength of the associations of socio-demographic and psycho-social factors with pain varies across different body locations.
In chronic widespread pain, the importance of physical, psychological, and social factors is well examined [38]. It is defined as chronic pain, affecting the left and right side of the body, and sites above and below the diaphragm, plus pain in the axial skeleton [39]. Hence, it affects at least three different body sites. For the diagnosis of fibromyalgia, one of the main causes of chronic widespread pain, pain must be present in at least three out of 19 body sites [40]. There is however scarce information on how socio-demographic and psycho-social factors are related to widespread pain compared with localised pain.
Knowledge on any differences in associations of these factors with prevalence and chronicity of pain could contribute to tailor-made and person-centred treatment and rehabilitation efforts.
Anzeige
This study aimed to assess the 1‑year prevalence and chronicity of severe pain in the Austrian general population in different body sites, and to analyse associations of socio-demographic and psycho-social factors with pain presence in different body sites and in patients with pain in three or more body sites compared to one or two body sites.

The database for the analysis was the Austrian Health Interview Survey (AT-HIS) 2006-07 [41], a repeatedly performed representative survey carried out by Statistics Austria. Its aim is to gain knowledge about subjective health, quality of life, health behaviour, and utilisation of the health care system. The subjects were personally interviewed between March 2006 and March 2007 by trained interviewers. The interviews were conducted face-to-face using CAPI (computer assisted personal interviewing) by a total of 137 interviewers who were comprehensively trained before the start of the survey by personnel at Statistics Austria. The sample was stratified by 32 geographic regions, with the same number of subjects being included from each region (sample size of 770 subjects per region and 933 subjects for the region within the capital Vienna). To balance possible distortions through the geographic stratification of the sample, the data were weighted using the number of people living in each region, age in 5‑year groups, and sex as weight factors. The gross sample size comprised 25,130 people, aged 15 years and older. A total of 9656 subjects were excluded for varying reasons: 5709 subjects refused or discontinued the interview, 3308 were excluded due to difficulties in contacting them or because of deficiency regarding their command of the German language, and for 639 cases data quality was insufficient. The data for a total of 15,474 subjects were eligible for analysis, representing a response rate of 63.1%. Response rates were comparable across regions and age groups, ranging from 52% to 69% [41]. Missing values were systematised, imputations of item-non-response were based on established imputation guidelines based on a fundamental analysis of the non-responses [41]. The questionnaire underlying the interviews was designed based on the European Health Interview Survey (E-HIS) [42] and was adapted for Austria by an expert panel. In addition to the international mandatory questions based on the E‑HIS, national questions were included in the AT-HIS, which also comprised the questions about pain.
Regarding pain, the following questions were included in the AT-HIS: “Did you suffer from severe pain in one or more than one body site during the last 12 months?” If this was answered by “yes”, subjects were asked to identify the body site or body sites in which they experienced severe pain on an image of the body. In this image, the front and the back of a body map was shown with a total of 14 body sites (Fig. 1). For each body site with severe pain, subjects were asked, whether the pain had also occurred in this region within the last 7 days. If this was answered by “yes”, the subjects were also asked whether the pain lasted for longer than for 3 months. Chronic pain was considered when the severe pain in the respective body site had occurred in the last 7 days and had lasted for longer than 3 months. This definition is in line with the definition of chronic pain by the International Association for the Study of Pain [43].
×
Sex, age, country of birth, level of education, and employment status were assessed as socio-demographic variables. Age was recorded in steps of 5 years and categorised into three groups, 15–39 years, 40–64 years, and 65 years and older. Country of birth was measured as born in Austria, in the EU-15 (the member states of the European Union up to 2004, except Austria), countries of the European Free Trade Association (EFTA), EU-27 (the new member states of the European Union from 2004), countries belonging to the Former Yugoslavia (except Slovenia), or any other countries. For the logistic regression analyses, information on country of birth was used with three categories (Austria; states of the European Union [EU] + European Free Trade Association (EFTA); other countries). Level of education was categorised into three levels: primary education (up to the age of 15 years), secondary education (apprenticeship, vocational school or secondary school with the Austrian school leaving exam “Matura”), and tertiary education (university or any other vocational training after the “Matura”). Employment status was assessed in four categories: gainfully employed, unemployed, retired (which also included subjects in early retirement and disability pension), and other (which included subjects in formal education, housewives and househusbands, subjects on maternity or paternity leave, and persons in military service). Anxiety/depression was assessed with the question “Have you ever suffered from anxiety or depression?” with the possible values “yes” and “no”. For measuring social support, the question of the World Health Organization quality of life questionnaire [44] “How satisfied are you with the support you get from your friends?” was used. The possible answer to this ranged on a five-point Likert scale from “very satisfied” to “very dissatisfied” and was dichotomised according to the median which was 2. Multicollinearity was judged if Spearman correlation coefficients were > 0.5.
For statistical analyses, SPSS 20 was used. Bivariate analyses were undertaken by means of cross-tabs, and group differences were assessed with the Pearson’s Chi2-test including the z‑test. Moreover, mutually adjusted binary logistic regression models were applied comparing individuals with pain at a specific body site with those without any reported pain at this body site. Having suffered from pain in the respective body sites or chronicity of pain were used as dependent variables and sex, country of birth, educational level, employment status, anxiety/depression, and social support as categorical and age as continuous independent variables. Additionally, a multivariate binary regression model was applied only in those who were suffering from pain in any body site and the dependent variable was having suffered from pain in at least three body sites (vs. only one or two body sites) with the same independent variables as mentioned before. The cut-off of three body sites was chosen because this is the prerequisite for meeting the criteria for chronic widespread pain. The results of the logistic regression models are presented as odds ratios (OR) with 95% confidence intervals (CI).
The secondary analysis of the AT-HIS database that was used for this study was approved by the Ethics Committee of the Medical University Vienna (EC # 770/2011).

In conclusion, we found differences in the association between socio-economic factors with pain frequency and chronicity in different body sites. Female sex and high age were both positively and negatively associated with severe pain in different body sites. There are also remarkably different magnitudes in those associations. The psycho-social factors, i. e. anxiety/depression and lack of social support, were strongly associated with pain presence, irrespective of the location of pain. Additionally, we found that several socio-demographic and psychosocial factors are more strongly associated with patients suffering from pain in three or more body sites compared to patients with pain in only one or two body sites.

The authors would like to thank Statistics Austria for providing the data.
Open access funding provided by Medical University of Vienna. 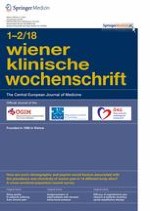