Emotional and behavioral problems in children and adolescents are no exception. To what extent a fixed plant extract combination is able to support children suffering from nervous agitation due to agitated depression among others for approximately 2 years has been investigated in a multicenter, prospective observational study (2008) with 115 children between 6 and 12 years. Assessments of the parents showed a distinct improvement in children who had attention problems, showed social withdrawal, and/or were anxious/depressive. Based on the physicians’ assessment, 81.6–93.9 % of the affected children had no or just mild symptoms at the end of observation concerning nine of thirteen evaluated symptoms such as depression, school/examination anxieties, further anxieties, sleeping problems, and different physical problems. Therapeutic success was not influenced by additional medication or therapies. The treatment was well tolerated. The used plant extracts have been gained from St. John’s Wort herb, valerian root, and passionflower herb. 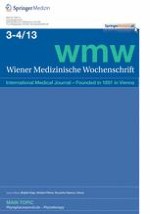 Herbal medicinal products in the paediatric population—status quo and perspectives

Candelabra Aloe (Aloe arborescens) in the therapy and prophylaxis of upper respiratory tract infections: traditional use and recent research results

Efficacy and safety of Echinaforce® in respiratory tract infections

Erratum to: Update on denosumab in postmenopausal osteoporosis—recent clinical data