Because of the difficulty associated with making an accurate diagnosis of gastric heterotopic pancreas (HP) before surgery, surgical resection is usually performed in suspected cases. However, this is an invasive procedure and prone to certain surgical complications.

This study was designed to evaluate the feasibility of endoscopic excavation for gastric HP, as well as the value of endoscopic ultrasonography (EUS) in diagnosing gastric HP.

Between January 2007 and January 2013, 42 consecutive patients with gastric HP were enrolled in this retrospective study. Key steps: (1) Injection of a solution (100 ml saline + 2 ml indigo carmine + 1 ml epinephrine) into the submucosal layer after making several dots around the lesion; (2) Incision of the mucosa outside the marker dots with a needle-knife, and then circumferential excavation until complete resection of the lesion; (3) Closure of the artificial ulcer with several clips after tumor removal.

In this study, 18 cases (42.9 %) were suspected as gastric HP (assessed by two experienced endoscopists before endoscopic excavation), 8 (19.0 %) were suspected as gastrointestinal stromal tumors, 7 (16.7 %) as gastric polyp, and the remaining 9 cases (21.4 %) were still unknown. The mean procedure duration was 28.6 min. En bloc resection by endoscopic excavation was achieved in 40 cases (95.2 %), and no massive bleeding, delayed bleeding, perforation, or other severe complication occurred in these patients. Among the 42 lesions, a tube echo could be detected in 11 cases by EUS. Those 11 cases were diagnosed as gastric HP by histopathology.

Endoscopic excavation appears to be a safe and feasible procedure for accurate histopathologic evaluation and curative treatment in gastric HP. Use of EUS has some value in the diagnosis of gastric HP before the procedure. 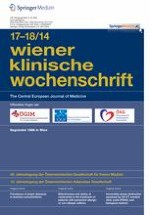