While Darwin developed his theory of evolution for the macrobiological world, it is becoming increasingly evident that the general concept of evolution also applies to the cellular and subcellular world. In general, a central characteristic of all known organisms is their compartmentalisation, their delimitation from the surrounding environment. This compartmentalisation is a prerequisite for the generation and maintenance of electrochemical gradients that are essential for the energy processes of life. In contrast to prokaryotes, which consist in principle of only one “reaction compartment”, eukaryotes are characterised by a multicompartmental structure of various organelles within one common compartment. One of the crucial questions in that respect is how the intracellular organelles of eukaryotes evolved. The cytoplasmic membrane, which functions as the ultimate border of a cell, separates a cytoplasmic from an extra-cytoplasmic phase, or in other terms a plasmatic from a nonplasmatic sphere. Due to the multicompartmental organisation of eukaryotes, the cell contains internal nonplasmatic domains, namely all the compartments that are enclosed by a single lipid bilayer, like the endoplasmic reticulum (ER), the Golgi, endosomes or lysosomes.
Organelles that are enclosed by two lipid bilayers like chloroplasts or mitochondria exhibit a nonplasmatic intermembrane space, but their internal lumen is defined as plasmatic sphere comparable to the cytoplasm ([ 2, 3]; Fig.  1). This view is in agreement with the commonly accepted hypothesis that they were taken up from the extracellular environment by ancient pre-eukaryotes as endosymbionts [ 4– 7]. Another organelle enclosed by two membranes is the nucleus, which is thought to have evolved from the ER [ 8] and which contains a plasmatic lumen that is linked to the cytosol via nuclear pore complexes that are permeable for ions and small proteins.
×
Anzeige

An evolutionary perspective of vesicular transport

J.A. Schmid states that there are no competing interests.

The accompanying manuscript does not include studies on humans or animals.
Open AccessThis article is distributed under the terms of the Creative Commons Attribution 4.0 International License (http://creativecommons.org/licenses/by/4.0/), which permits unrestricted use, distribution, and reproduction in any medium, provided you give appropriate credit to the original author(s) and the source, provide a link to the Creative Commons license, and indicate if changes were made. 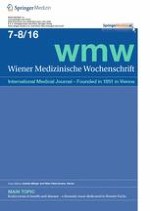