The aim of this study was to investigate the prognostic relevance of plasma amylase and lipase concerning survival of patients suffering from metastatic pancreatic cancer (PC).

This retrospective study included 351 patients with metastatic PC, who were treated in a single academic institution. Cancer-specific survival (CSS) was analyzed using the Kaplan-Meier method. To further evaluate the prognostic significance of lipase and amylase, univariate and multivariate values were calculated using Cox proportional models.

Plasma amylase was found to be an independent prognostic factor in patients with metastatic PC. The results indicate that amylase might represent a novel and useful marker for better patient stratification in PC management. 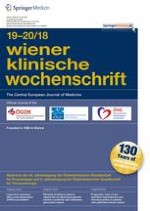