Numerous studies with male amateur runners have determined negative changes in their cardiac function/of their myocard following long endurance loads. This study aims to examine such potential changes in women, specifically, after running a marathon.

A total of 18 female amateur runners (39.5 ± 10.5 years) were examined before (T1), immediately after (T2) and 24 h post-marathon (T3). An echocardiography was performed using Tissue Doppler (TD) imaging. In addition, the concentration of cardiac troponin T (cTnT) and the activity of the myocardial muscle creatine kinase (CK-MB) were determined at T1 and T2.

The echocardiographic parameters revealed impairment of the diastolic function, without, however, documenting a diastolic dysfunction (in accordance with the classification of Nagueh (J Am Soc Echocardiogr, 22:107–33, 2009)). The ratio of blood flow velocity through the mitral valve during early versus late diastole (MV E/A ratio), for example, decreased. The values measured at T3 were similar to those measured at T1. The ratio of early transmitral diastolic filling velocity and of the transmitral diastolic filling velocity by TD imaging (MV E/E’) did not indicate any change from T1 to T2, but a significant increase at T3 (in comparison with T1). The systolic function (measured by the left ventricular ejection fraction) did not change significantly. The cTnT concentration and CK-MB activity were significantly higher in T2 than in T1.

The data collected does not provide any solid evidence of pathological changes in the cardiac function of female amateur runners post-marathon, although the lab values indicate a strongly increased myocardial stimulation. 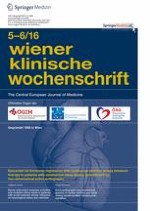