Personality and dementia are connected in different ways. A broad knowledge about personality and prodromal stages of dementia might be helpful to identify dementia as early as possible. Hence, personality differences between three cognitively impaired groups on the basis of patients’ self-assessments of personality traits and connections between personality and cognitive functioning were examined via a cross-sectional study. The sample consisted of cognitively impaired patients (N = 133), aged 50 and older, who came to a memory clinic due to cognitive complaints. The test procedure encompassed a cognitive screening, the Neuropsychological Test Battery Vienna (NTBV), and self-assessment questionnaires such as the Big Five Plus One Persönlichkeitsinventar (B5PO). While patients with subjective cognitive decline (SCD) did not differ from those with non-amnestic mild cognitive impairment (naMCI) concerning the different personality traits, patients with amnestic mild cognitive impairment (aMCI) showed significantly lower scores for extraversion (p < 0.05), openness (p < 0.001), and empathy (p < 0.001) than patients with SCD as well as patients with naMCI. Thus, cognitively impaired groups mainly differ concerning personality traits depending on whether they do show memory decline or not.
Hinweise

For a long time, personality traits have been seen as quite stable from the age of about 30 onwards [1], while later investigations could demonstrate an instability concerning personality throughout the lifetime [2‐7]. While an earlier study showed that age largely influences personality [8], a later study showed that age per se does not cause personality instability [9]. Apart from deteriorations concerning family and social life it was found that work life, economic status and compromised health may lead to personality changes [10, 11]. Moreover, it has been shown that personality traits are associated with certain brain structures [12‐14]. Accordingly, previous studies were able to show that personality changes are connected to neurodegenerative diseases (e. g. [15, 16]), such as Alzheimer’s disease [17‐19] or mild cognitive impairment due to commencing dementia [19]. Furthermore, Alzheimer’s disease can be seen as a multi-causal concept of etiology encompassing biological, environmental, and biographical factors as well as the general state of health and personality traits [20]. For dementia patients, the experience of cognitive decline often results in negative emotions [21] and this affects the patient’s quality of life [22] as well as their caregivers’ [23]. Moreover, society as a whole suffers from the impact of dementia due to high societal costs [24]. Generally, dementia is still not remediable, but an early diagnosis may have several advantages [25] as early interventions might slow down the degenerative process [26‐28]. Hence, identifying dementia as early as possible is beneficial and necessarily includes a better knowledge about pre-dementia stages. Due to a relation between personality and cognitive performance [29], different cognitive functions and their connection to personality traits were investigated.

Dementia usually develops gradually progressing from subjective cognitive decline (SCD) to mild cognitive impairment (MCI) to dementia [30], while especially amnestic MCI (aMCI) progress to AD dementia with high probability [31‐34]. While patients with SCD only subjectively notice declining cognitive abilities [30, 35], MCI describes an objectively measurable cognitive decline depending on age and educational level [31]. In case of memory deficits, it is labeled as amnestic MCI (aMCI), while non-amnestic MCI (naMCI) does not impair the patient’s memory [34, 36]. Even if the transition between normal aging and MCI is quite subtle [36], MCI can be seen as an abnormal state of cognitive detraction [36, 37] and as a precursor of AD [36, 38, 39]. In contrast to dementia [31, 40], MCI does not impair the individual’s activities of everyday life [31].
Anzeige

Concerning personality, personality traits of the five-factor personality model were taken into account. This model encompasses five personality traits, namely neuroticism, extraversion, openness (to experience), agreeableness, and conscientiousness [1], which can be seen as the basic dimensions of personality including certain traits or facets that define these dimensions [11]. Regarding the connection between personality traits and the possible risk for generating MCI or AD later, previous studies partly show similar, but not consistent results [24, 41‐43]. While some investigations showed that higher scores in neuroticism are a predictor for later AD [24, 41], another study stated that high neuroticism scores alone do not predict dementia, but the presence of both, high neuroticism and low extraversion [42]. Additional predictors for later generation of AD are lower scores in conscientiousness [24, 41, 43] and in openness [24]. High conscientiousness [43] and low neuroticism [44] are related to a reduction of AD risk and a decreased incidence of MCI. Furthermore, personality changes can be seen as predictors of future dementia [45]. Compared to the patients’ premorbid personality, AD patients are described by their caregivers as being more neurotic, less conscientious, less extraverted, and less open [17, 18] as well as less agreeable [17]. Such personality changes in patients with AD often appear at an earlier stage than the clinical diagnosis [25, 46]. By comparing MCI patients’ retrospectively examined premorbid personality to the current personality, significant changes in personality due to increasing neuroticism as well as decreasing extraversion and conscientiousness could be shown [47]. Considering personality as trait, extraversion scores are lower for AD patients [48] as well as for patients with SCD or MCI [49] than for healthy controls. Furthermore, AD patients report lower scores for openness and conscientiousness and higher neuroticism scores than healthy controls [48].
The groups’ mean ages of patients with SCD, naMCI, aMCI, and AD significantly differ from each other and increase in this order [50]. Concerning education, lower education goes along with a higher risk of dementia [51, 52], while there are largely no differences between the groups SCD, aMCI, naMCI, and AD and education [50]. Regarding education and personality traits of healthy individuals, openness to experience is positively, conscientiousness negatively correlated to education [53]. Results concerning intelligence and personality are quite heterogeneous. Within a previous investigation, no correlations between general intelligence and personality traits could be found [54]. In contrast to this, within further studies extraversion [55, 56], neuroticism, and conscientiousness [55] correlated negatively, openness positively [56] with intelligence. Concerning depressive symptoms, depression levels are significantly higher in patients with aMCI, naMCI [57, 58], and AD [57] than in healthy controls. Almost half of the patient group (SCD, aMCI, and naMCI) have depressive symptoms, in contrast to only about 17% of the healthy controls [59]. Regarding depression and personality, depressive symptoms were positively predicted by neuroticism [60, 61] and openness and negatively by extraversion [60].
Regarding these results of previous studies, we expected that there will be differences between investigated clinical groups concerning personality traits. Specifically, higher neuroticism scores and lower scores for extraversion, openness and conscientiousness were expected for patients with AD and those with aMCI than for individuals with SCD due to the similar symptom patterns of aMCIs and ADs [33]. Furthermore, the fact that patients with SCD and those with naMCI do not show memory complaints, while individuals with aMCI and those with AD actually do [34, 36], leaded to the assumption that differences between the two groups with memory problems and the two without will be smaller than between a group with memory complaints and a group without: hence, differences regarding personality traits were expected between patients with memory impairments (aMCI or AD) and those without memory complaints (SCD or naMCI). Due to a progressive development from SCD, to MCI and to AD [30] and the result that aMCIs are older than naMCIs [50], a positive correlation between age and investigation groups was expected. Moreover, age per se should be unrelated to personality [9].

Subjects and classification of the sample groups

The total sample of the investigation consisted of 133 participants, who came to the Department of Neurology, Medical University of Vienna due to memory complaints. Detailed sample sizes, demographical and clinical characteristics are shown in Table 1. From each participant written informed patient consent was obtained. The study protocol was approved by the Ethical Committee of the Medical University of Vienna and conducted in accordance with the Helsinki Declaration. All patients received a complete neurological examination, standard laboratory blood tests and psychometric testing. In most cases, a magnetic resonance imaging (MRI) scan of the brain was obtained. In determining significant cerebrovascular disease, both neuroimaging and clinical patient features were used. Inclusion and exclusion criteria were similar to other studies. Patients were excluded from the study if any of the following conditions applied: (a) evidence of stroke as determined by neuroradiologic and clinical examination, (b) history of severe head injury, (c) current psychiatric diagnosis according to ICD-10, however, patients with depressive symptoms were included because depressive symptoms often occur in elderly patients, (d) any medical condition that leads to severe cognitive deterioration including renal, respiratory, cardiac and hepatic disease, (e) age younger than 50 years, (f) patients with an Mini Mental State Examination (MMSE) [62] score <24. Neuropsychological testing was performed via the Neuropsychological Test Battery Vienna (NTBV), which mainly aims to diagnose elderly dementia [63]. Participants were assigned to one of the three groups SCD, naMCI and aMCIas follows: SCD is characterized by (a) a subjectively perceived degradation of memory abilities, (b) not objectively measurable cognitive deficits, and (c) medical help seeking of the affected person [30]. To diagnose MCI, Petersen criteria [33, 36] were applied. Therefore, measures of the individual’s cognitive functions via neuropsychological tests and clinical features were conducted [36]. The following criteria lead to an aMCI diagnosis: (a) the presence of memory complaint, which can be confirmed by an informant, (b) objective memory impairment, related to the individual’s age, (c) general cognitive functions are essentially preserved, (d) functional activities are intact, and (e) absence of dementia [36]. In case of all of these criteria being fulfilled, the individual got the diagnosis of aMCI, while in case of no memory decline, naMCI was diagnosed [36].
Table 1
Demographical and clinical characteristics of the investigated groups and the total sample
Anzeige

After the MMSE-screening [62], participants’ cognitive functions were investigated via the NTBV [63], which includes different cognitive areas: attention, executive functioning, language, and memory [57, 59, 63, 64]. According to [64], attention is measured by the Alters-Konzentrations-Test (AKT) [65], the Digit-Symbol Test—a subtest of the German Wechsler Adult Intelligence Scale-Revised (WAIS-R)—[66], the Symbol Counting task from the cerebral Insufficiency Test (c. I.) [67], and the Trail Making Test B (TMTB) [68]. By means of the Trail Making Test A (TMTA) [68], the Five-Point Test [69], the Maze Test from the Nürnberger Alters Inventar Test Battery (NAI) [70], the Stroop Test from the NAI [70], and the Interference Test from the c. I. [67], executive functions are assessed. Language functions are tested via the Semantic Verbal Fluency Test (SWT) [71], the Phonetic Verbal Fluency Test (PWT) [71], and the modified Boston Naming Test (BNT) [72]. Memory is tested via the Verbal Selective Reminding Test (VSRT) [73]. This test includes the four subtests Immediate Recall, Total Recall, Delayed Recall, and Recognition [73]. Although, all of the different domains have a corresponding z‑score and additionally a total z‑score across all tests [59, 63], raw data was used for further calculations due to the fact that the investigations of personality traits and the NTBV subtests are quite explorative. To measure personality the Big Five Plus One Persönlichkeitsinventar (B5PO) [74] was used. This includes the five personality traits neuroticism (called ‘emotional control’ within the B5PO), extraversion, openness, agreeableness, and conscientiousness of the current five-factor model/Big five personality model [75] and the additional personality trait empathy [74]. Due to the fact that within the B5PO the Rasch model is valid, internal consistency reliability is given [74]. Furthermore, theoretically based on the Big five personality model, the B5PO is also valid for the five personality traits of this model [56, 75]. Although percentile ranks of the B5PO are available, raw data—independently of gender, education, or age—were used for further calculations. To measure the individual’s intelligence, the Wortschatztest (WST) [76] was applied. The WST enables to investigate the verbal level of intelligence and the evaluation of the individual’s speech comprehension and allows as standardized vocabulary test an estimation of premorbid IQ [76]. Cronbach Alpha of 0.94 shows a high intern consistency reliability for the WST [76]. Concerning the validity correlations could show that the WST does hardly depend on the participant’s age (r = 0.08) and increases with higher educational levels (r = 0.60) [76]. The German version of the Beck depression inventory (BDI-II) [77] was used to measure the factor depression. The questions of the BDI-II concern the individual’s feelings during the last two weeks, and a BDI-II score >13 is an indication for clinically relevant depressive symptoms [77, 78]. Hence, seven people with SCD, eight persons with naMCI and 16 individuals with aMCI show clinically relevant depressive symptoms. Age and education were indicated by the total number of years.

Correlations between personality and additional socioeconomic and psychological factors 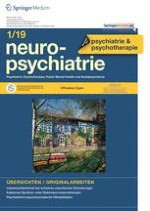