A purposive sampling on PubMed was conducted to find four different laparoscopic guidelines using different methods to grade the recommendations. Each statement was then re-evaluated using the GRADE recommendation system.

The guidelines used GRADE, Oxford Methodology, SIGN, and ‘bespoke’ systems. The number of statements with similar strength for the different statements as the re-evaluated strengths in the four guidelines were 24.1, 62.2, 35.8 and 50.0% respectively.

In the UK the percentage of people receiving laparoscopic surgery increased from 10 to 28.4% between 2007 and 2009 [1]. In the US, it increased from 13.8 to 42.6% as well [2]. The increasing use of laparoscopy was due to the fact that for certain diseases such as Crohn’s disease and procedures like appendectomy, it had become the gold standard with less pain, faster recovery, earlier return of bowel functions, shorter hospital length of stay, fewer scars etc. [3‐5]. Moreover, many laparoscopic treatments have been demonstrated as non-inferior compared to open surgery. For example, a 10-year study on colon cancer treatment indicated that there was no difference between laparoscopy and open surgery in terms of survival and recurrences [6]. However, it did have its limitations. It was a steep learning curve for doctors and it was definitely not suitable for all types of surgery.
As laparoscopy became more popular, clinical practice guidelines for laparoscopic surgery were developed as concise instructions to assist practitioners and patients. These guidelines improved both the quality and process of care and outcomes of treatments [7]. They could be referenced in policy making but they did not have any legal implications. Whilst historically conceived from conferences and expert panels [8], as we approach the era of evidence-based medicine, many countries and medical organisations felt the need for a more reliable system to assess the evidence and recommendations. This was because the main downside of a guideline was that it could be wrong, due to the lack of or misinterpretation of evidence [7]. Different recommendation systems were developed to address these needs: they all had their respective strengths and weaknesses.
Anzeige
The two major systems of recommendations were Grading of Recommendations Assessment, Development and Evaluation (GRADE) and Oxford Methodology. The GRADE system was introduced to the medical field in 2004 [9], and it has been influential since, being endorsed by large medical organisations including World Health Organisation (WHO) and National Institute of Health and Care Excellence (NICE) [9]. The GRADE system was developed with the purpose of grading clinical evidence and creating guidelines suitable for clinical practice based on the evidence [10]. The Oxford Methodology system on the other hand, was updated in March 2009 by experts in the field of evidence-based medicine, to classify and grade recommendations for treatments and diagnostic tests [11]. The general purpose of this system was to offer clinical advice but at the same time make sure the people considering the information were aware of the flaws in the evidence [12]. Other systems include the Scottish Intercollegiate Guidelines Network (SIGN) which aimed to make it easier for doctors to identify the link between evidence and recommendations when reviewing guidelines [13]. Similar to the GRADE system, it was endorsed by NICE and contribute to UK national policies [14]. There were also a lot of guidelines with their own systems to grade their recommendations. The plethora of systems brings the potential of confusion due to variation of recommendation; thus there is a need to assess whether different recommendation systems would produce a different recommendation for a laparoscopic guideline. It is also important to assess the extent of variation and whether this variation could be explained by the guideline authors not complying with the methods used for grading the statements.

A purposive sampling was performed by searching PubMed for guidelines published in the last 10 years and for which full text was available using the following terms: ‘laparoscopy’[MeSH], ‘Laparoscopic’ [Free text] AND ‘guideline’ [Free text]; ‘guidelines as topic’[MeSH], (‘laparoscopic’[Title] OR ‘Laparoscopic’ [Title]) AND (‘guideline’ [Title] OR ‘guidelines’ [Title] OR ‘Guideline’ [Title] OR ‘Guidelines’ [Title]). This retrieved 49 papers. Four guidelines that met the following criteria below were selected.
The criteria for the choosing the guidelines were as follows:
The results were graded as ‘strong’ or ‘weak’ by considering the following four factors described in the guideline:
Anzeige
We then evaluated whether the guideline developers would have arrived at the grade of recommendation as our grade of recommendation, if they had used GRADE rather than the recommendation system they had originally used.
To account for the variability in the terms used in the different guideline grading systems, we converted the terms to equivalent terms (see Table 1), based on the explanation about interpretation as provided in the guidelines.
Table 1
Shows the conversion of guidelines recommendations to GRADE recommendations
Two authors (JL and AN) independently reclassified each statement in these guidelines. We assessed the agreement between the two authors by evaluating the proportion of agreement in strong and weak statements and the interrater reliability by using kappa correlation coefficient [16] using GraphPad software. The proportion of agreement between the guideline authors’ classification and our consensus classification was also done (see Table 3). We then resolved any differences by discussion.

J. Leung, A. Ng and K. Gurusamy declare that they have no competing interests.

This is a study on research methodology of guidelines, thus no inclusion of people for the study. All the studies cited by the guidelines also did not include any people for the study.
Open Access This article is licensed under a Creative Commons Attribution 4.0 International License, which permits use, sharing, adaptation, distribution and reproduction in any medium or format, as long as you give appropriate credit to the original author(s) and the source, provide a link to the Creative Commons licence, and indicate if changes were made. The images or other third party material in this article are included in the article’s Creative Commons licence, unless indicated otherwise in a credit line to the material. If material is not included in the article’s Creative Commons licence and your intended use is not permitted by statutory regulation or exceeds the permitted use, you will need to obtain permission directly from the copyright holder. To view a copy of this licence, visit http://​creativecommons.​org/​licenses/​by/​4.​0/​. 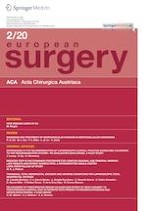