Malaria and dengue cause major morbidity in developing nations and are more severe in pregnancy. Maternal, fetal, and neonatal outcomes in pregnant patients infected with dengue or malaria were studied.

The medical records of pregnant women admitted with either dengue or malaria infections from 2011–2015 to this hospital were reviewed. Clinical outcomes and laboratory tests were examined. 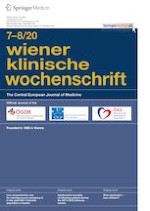