The aim of this study was to characterize clinical, histological, and outcome features of primary melanoma in 1329 patients managed at a single-center institution between 2000 and 2010. Parameters included age at diagnosis, sex, tumor location, histology, stage, Breslow thickness, and sentinel lymph node status among others. The mean age at diagnosis was 59.1 ± 16.7 years. Women were significantly younger than men when diagnosed (57.2 vs. 61.0 years; p < 0.001). Most melanomas (83%) were diagnosed on typically sun-exposed skin areas. Superficial spreading melanoma (39.5%) was the most frequent histological subtype. The median Breslow thickness was significantly higher for men compared to women (1.10 mm vs. 0.90 mm; p = 0.018). 38.3% of patients with positive and 12.9% of patients with negative sentinel biopsies progressed. Five-year survival analysis for a sub-cohort of 577 patients showed better 5‑year overall survival for woman compared to men (75.8% vs. 63.6%; p = 0.025). Our findings indicate differences in patient characteristics between men and women, and underscore the importance of early melanoma detection to prevent disease progression. 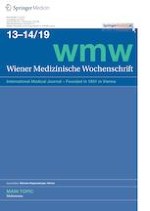 The value of metastasectomy in stage IV cutaneous melanoma