The aim of this study was to evaluate the effects of pneumoperitoneum on liver function during and after laparoscopic cholecystectomy. 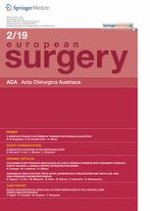