Muscular dystrophy (MD) is a group of inherited progressive muscle disorders characterized by defects in muscle proteins and the death of muscle cells and tissue. Most types of MD are multisystem disorders with low incidence and low affection of the heart, gastrointestinal system, nervous system, endocrine glands, eyes, and brain. In several forms of MDs, the cardiac disease may even be the predominant manifestation of the underlying genetic myopathy. Cardiac symptoms include arrhythmias, conduction defects, and cardiomyopathies. Heart transplantation is the treatment of choice in patients suffering from end-stage heart failure.

Four (1.19 %) of 335 patients who underwent heart transplantation at the Innsbruck Medical University between January 1994 and December 2011 suffered from end-stage cardiomyopathies related to inherited myopathies. Three male patients had Becker MD, and one female patient had limb-girdle dystrophy. Mean age was 38.5 years, ranging from 16 to 56 years. Postoperative follow-up periods ranged from 16 months to 139 months, with a mean of 68.5 months. All four patients received triple-drug immunosuppression, consisting of azathioprine, cyclosporine, and steroids.

All four patients had an uneventful immediate postoperative course. One male patient died 16 months after cardiac transplantation because of pulmonary embolism and right heart failure, and another one died 11 years after cardiac transplantation because of myocardial and cerebral infarction after tricuspid valve replacement. The other two patients are currently in good general condition without progression of the muscle disease.

Heart transplantation may increase life expectancy and quality of life in patients suffering from end-stage heart failure due to inherited MD. However, such patients are a challenging group and require special care and consideration during the perioperative and postoperative period to avoid life-threatening complications and progression of their primary disease. 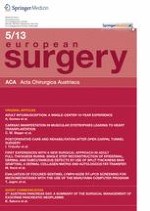 Erratum to: First experiences with a new surgical approach in adult full-thickness burns: single step reconstruction of epidermal, dermal and subcutaneous defects by use of split-thickness skin grafting, a dermal collagen matrix and autologous fat-transfer