Left atrial (LA) volume has been identified as a predictor of adverse cardiovascular outcomes, both in the general population and in selected clinical conditions.
The aim of this study was to evaluate the effect of psoriasis on LA volume and mechanical function.

There were no significant differences between psoriasis and control groups with regard to conventional echocardiographic parameters. Individuals with psoriasis had a higher incidence of left ventricular diastolic dysfunction (LVDD) than the controls; nine people with psoriasis (23 %) and three control individuals (8 %) had LVDD (p = 0.06). With regard to the parameters obtained from RT3DE, LA maximum, LA minimum, passive stroke volume, and passive emptying fraction were significantly higher; whereas LA active emptying fraction, LA total emptying fraction, LA expansion index, and active stroke volume values were significantly lower in individuals with psoriasis compared with controls. Disease duration and Psoriasis Area of Severity Index (PASI) score correlated with the majority of volume parameters. 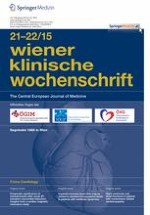 Evaluation of electrocardiographic parameters in patients with diabetes insipidus

A curable cause of hypertension: renal artery pseudoaneurysm