The mouse kidney transplantation model [ 1– 3] is an important translational research tool because it mimics the clinical features of kidney transplantation and allows the controlled investigation of pharmacological interventions [ 4, 5] as well as (patho)physiological [ 6, 7], biological [ 8– 13], and biochemical [ 14, 15] processes. Moreover, the advent of genetically modified mice enabled the investigation of immunological mechanisms that play a role in transplantation outcome and graft rejection [ 16, 17].
Although very useful for kidney transplantation research, the murine renal transplantation model is currently performed in only a few transplantation centers in the world, due to the very long learning curve and the technical complexity of the procedure, which results in high mortality rates [ 18]. In addition to the vascular anastomosis following the transplantation procedure [ 18], the urinary tract reconstruction (UTR) constitutes a significant technical challenge. A flawed UTR can cause urinary tract complications and impair graft quality, function, and viability. Minimizing the complexity of the UTR is therefore essential to reduce procedure-related complications, lower the mortality rate, and produce translatable research results [ 18, 19].
Anzeige
In 1995, Zhang et al. [ 3] standardized the kidney transplantation procedure in mice, which was further fine-tuned by Martins in 2006 [ 20] by the application of a bladder patch-to-cystotomy to prevent vesicoureteral reflux. But the technique is time-consuming and complicated. In this technical paper, we simplified the procedure by using a small bladder patch-to-bladder double-layer suture approach to reconstruct the urinary tract, which shortened the operation time and minimized urinary tract complications.

The animal experiments were approved by the animal ethics committee of the First Affiliated Hospital of the Wenzhou Medical University (protocol # WYDW2013-0002) and animals received care in compliance with the NIH Guide for the Care and Use of Laboratory Animals (eighth edition, 2011). Male inbred C57BL/6 mice were housed in a controlled environment with 12-h dark and light cycles and ad libitum access to standard chow and water. Mice (n = 56) weighing 20–30 g were randomly selected as donors and recipients.

Prior to surgery, 0.5–1.0 mL of 5 % glucose was fed to the recipient mice to maintain the filling of the bladder during the procedure. Pentobarbital sodium (60 mg/kg) was given by intraperitoneal injection for induction and maintenance anesthesia [ 21]. All procedures were performed using a surgical stereomicroscope (ALLEGRA900 Möller–Wedel, Germany) with external white light illumination at 5–20 × magnification and standard microsurgical instruments.
Kidney harvesting was performed as described by Martins [ 20]. Briefly, the periureteral vessels and fat were preserved while the ureter was cut with a bladder patch of 1.0–2.0 mm in diameter. The kidney graft was resected by cutting the ligated left renal vein and left renal artery with a Carrel patch in the inferior vena cava and aorta, respectively (Fig.  1).
×
Anzeige
For the kidney implant and UTR in the recipients, the anastomosis between the recipient abdominal aorta and the aorta Carrel patch of the donor kidney was made in an end-to-side manner (Fig.  2). A similar anastomosis was made between the recipient inferior vena cava patch and the inferior vena cava of the donor kidney (Fig.  3). Then, the ligations were loosened, and perfusion to the kidney was reinstated (Fig.  4). The UTR in the recipient mice was achieved by the anastomosis between the donor’s small bladder patch and the recipient’s bladder.
×
×
×
The bladder anastomosis was then carried out by making a small incision (1.5–2.0 mm) in the seromuscular layer of the recipient bladder in an avascular zone of the posteriolateral wall of the bladder without perturbing the mucosal layer. A little pressure was then applied to the bladder to separate the mucosal and the seromuscular layers, and consequently the mucosal layer of the bladder protruded outward (Fig.  5). Subsequently, a small incision was made in the swollen mucosal layer. Then the separated recipient mucosal layer and the graft mucosal layer of the bladder patch were sutured together with a series of 5 stitches using 10-0 silk sutures. Finally, the recipient seromuscular layer of the bladder and the graft seromuscular layer of the bladder patch were sutured together with a series of 6 stitches using 10-0 silk sutures (Figs.  6 and  7). A successful renal transplantation was characterized by an implanted kidney that was red in color, indicating sufficient blood supply to the ureter, and a bladder patch with a pink flesh color (Fig.  8). During the operation, a heating lamp was used to maintain the animal’s body temperature near euthermia.
×
×
×
×

After implantation, recipient mice were injected subcutaneously with 0.5 mL sterile saline. The mice were placed in a 37 °C incubator until they recovered from the anesthesia. Once awake, the food intake and survival of mice were recorded for 100 days in addition to monitoring appearance, weight, symptoms of pain (i. e., behavioral patterns), and cage bedding (for hematuria) in accordance with [ 22, 23]. On post-transplantation day 7, the autologous kidney in the recipients was removed as described in Section 2.2 and the viability of the transplanted kidney was assessed visually (e. g., necrotic patches in the cortex and at the anastomotic site). Urine leakage from the transplanted graft was monitored by assessing the degree of ascites.

Twenty-eight mice received syngeneic renal transplants by UTR using a modified small bladder patch-to-bladder approach of anastomosis. During the surgical procedure, the average time spent on kidney harvesting was 35 min. The mean ± SD time of the operation in recipient mice was 81 ± 5 min. The average renal warm ischemia time, as defined by Ge and Gong [ 19], was 25 min, corresponding to mild ischemic injury time [ 24]. As a result, the surgical success rate was 82 % (23 cases). The 5 failed cases were due to arterial thrombosis at the site of anastomosis (3 cases, 11 %) and hemorrhagic shock (2 cases, 7 %) during the transplantation procedure.
In the remaining 23 cases in which the transplantation procedure was successful, the mice ate approximately 8 h after surgery, and no apparent complications or premature death (< 7 days) occurred. The animals lost weight directly after the transplantation (3.9 grams on average), which was restored to pre-surgery levels within 14 days and remained constant during the remainder of the experiment (Fig.  9). The recipient mice survived for 100 days, during which no transplantation-related symptoms such as hydronephrosis (inflammation, hematuria, or signs of kidney failure) were observed.
×

The modified procedure of a small bladder patch-to-bladder with double-layer suturing minimizes the rate and extent of complications after renal transplantation in mice while requiring the same operating time as other approaches such as ureter-to-bladder anastomosis, which are associated with more severe complications occurring at a higher rate.

The research was supported by Science and Technology Bureau of Wenzhou (grant number: Y20090301). The article was translated and proofread by Ms. Yao Liu from Feicon BV. Figure 6 was designed by Megan’s Bio-Medical Illustrations.

C. Wenwei, Y. Yirong, K.M. Stevens, M. Heger and X. Peng state that there are no conflicts of interest.

The accompanying manuscript does not include studies on humans. All applicable international, national, and/or institutional guidelines for the use and care of animals were followed.
Open AccessThis article is distributed under the terms of the Creative Commons Attribution 4.0 International License (http://creativecommons.org/licenses/by/4.0/), which permits unrestricted use, distribution, and reproduction in any medium, provided you give appropriate credit to the original author(s) and the source, provide a link to the Creative Commons license, and indicate if changes were made. 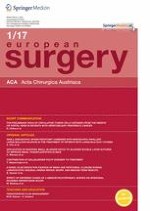 A novel glue device for fixation of mesh and peritoneal closure during laparoscopic inguinal hernia repair: short- and medium-term results