Adolescence and Alcohol: a review of the literature | springermedizin.at Skip to main content
TOOLBAR 1 2 3 4
SUCHE MENÜ 1 2 3 4

Up to two thirds of adolescents consume alcohol and about a quarter engage in abusive behavior at some point. Many users begin alcohol use at young ages, and binge drinking is a dominant pattern for a proportion of youth. Because neurogenesis is inhibited by ethanol, consequences of adolescent alcohol abuse include changes in brain development and impairment of neurocognitive performance. A variety of mental and psychosocial problems are also often witnessed in alcohol abusing youth. Apart from the influence exerted by genetic and psychosocial factors, the chance of developing problematic alcohol consumption is increased by consumption in a binge drinking manner and by first contact with alcohol at a young age. Discrimination of alcohol consumption within the frames of normal adolescent behavior from problematic use is still a challenging issue. Different prevention programs provide treatment either directly to the adolescent, in the context of the school, or within the frame of the adolescent’s family. Although some of these efforts have been shown to be effective in reducing alcohol misuse in youth, hardly any intervention reveals satisfactory outcomes in a long-term prospect. Successful prevention strategies would need to comprise treatment of current neuropsychological impairment as well as of comorbid mental health problems and concurrent other substance misuse. 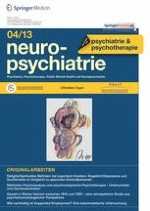