Bronchus-associated Lymphoid Tissue (BALT) lymphoma is a rare type of extranodal marginal zone lymphoma. It is defined as subgroup of B-cell non-Hodgkin’s lymphoma typically with an indolent clinical course. Often the clinical symptoms of pulmonary mucosa-associated lymphoid tissue (MALT) lymphomas are highly heterogeneous with more than half of the patients initially suffering from multiple manifestations. Due to the rarity of this tumour and lack of randomized data, the optimal therapeutical pathway remains controversial. We report a case of this rare tumour with characteristic histological features. The patient complained about severe hemoptysis caused by an isolated tracheobronchial manifestation. According to treatment recommendations of extranodal MALT lymphomas, curative radiotherapy was administered, resulting in a complete and sustaining tumour remission and relief of symptoms. 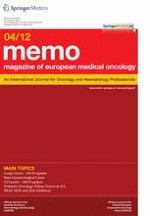