The aim of this study was to compare the postoperative outcome and long-term results after management of liver hydatid cyst by radical and non-radical surgeries.

From January 2015 to December 2017, 86 patients were treated with various surgical interventions for liver hydatid cyst. These patients were retrospectively divided into two groups according to the surgical method for treatment: radical methods (e.g., liver resection and pericystectomy) and non-radical methods (e.g., echinococcectomy). Of the 86 patients, 50 (58%) underwent radical treatment and 36 (42%) underwent non-radical treatment. Clinical data and outcomes were retrospectively analyzed.

Eighty (93%) patients were considered to have been completely cured of their hydatid disease. Surgery duration in the non-radical treatment group was significantly shorter than in the radical treatment group (p < 0.01). There were no cases of biliary leakage in the liver resection patients during the postoperative period. In contrast, among the echinococcectomy patients, biliary leakage occurred in 6 (16.7%), which was significantly higher than with other modalities (p < 0.05). Recurrence occurred at a median of 32 months after surgery. Recurrent liver hydatid disease occurred in 6 cases (7%): radical group, 1 (2%); non-radical group, 5 (13.9%). There were no mortalities in either group in the postoperative period. Postoperative hospital stay was significantly shorter in the liver resection patients than in the other patients (p < 0.01). 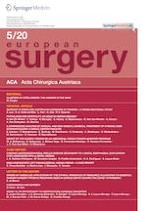 Impact of the elderly donor on an abdominal organ transplantation program

Clusters of intelligence: the answer is the wind